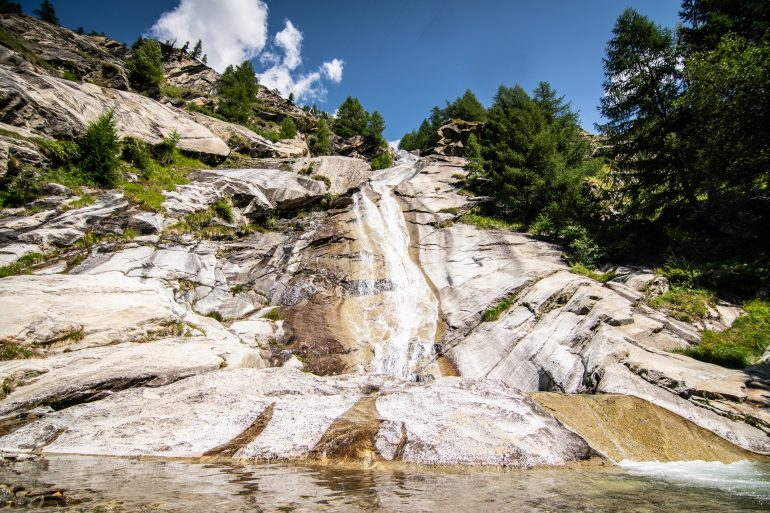 The Suonen are ancient watercourses, found all over Valais, which were originally built to irrigate fields and gardens. The Suonen Trail follows these old channels closely so, throughout the walk, you can enjoy the calming sound of the water bubbling along in the background. The route also features some lovely views and unspoilt nature. For the most part, it has only shallow inclines making it easy and pleasant. There are however a few places where the terrain becomes steeper.

The start point is the base of the chair-lift in Saas-Almagell, where you set off in a north-easterly direction, following the signs marked Zum Berg through the Spisswald wood. Soon, you reach a large bridge crossing the Almagellerbach (a stream). On the far side of the bridge, the path leads past the front of chalet Moosgufer, before arriving at Zum Moos hamlet. It continues, above the level of the main valley road, through Unter den Bodmen, Zer Brigge and Ze Löübinu to Gasse in Saas-Grund, where the route ends. Gasse is close to the Postplatz, from where there are multiple bus connections.

A little background: the Valais Canton is in an extremely arid region and the numerous Suonen are a resourceful response to the scarcity of water. Many kilometres of similarly marked walks can also be found along Suonen in other parts of the Canton.