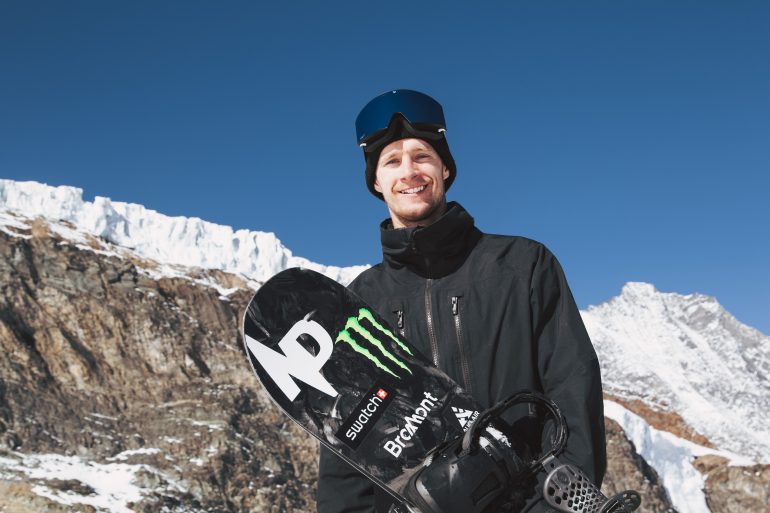 Death? Not an option

On 21st December 2018, Canadian Snowboarder Max Parrot was diagnosed with cancer. Two months after completing chemotherapy, he competed in the X Games and came away with the gold. This is the story of a fighter.

Maxence Parrot was born on June 6, 1994, in Quebec, Canada. He opened his bright blue eyes in a town called Bromont, which lies in the southwest of the province. Bromont has its own ski area and so at the age of three, still carrying a little puppy fat, Max was already on skis. By nine, he had made the switch to snowboarding and at just 16 he won his first international contest in his home province. Since then, he has represented Canada at both the Sochi and Pyeongchang Winter Olympics, taking home a silver medal at the latter. A glittering X-Games career has yielded eight gold medals, five silver. His life story already read like the script for a Hollywood movie, but Max has recently added an extra theatrical flourish.

In November 2018 Max noticed a small lump in his neck but paid it little
attention at first. “It didn’t seem like anything unusual. Normally, that kind of thing just means I’ll be feeling ill in a few days’ time,” Max explains airily. “But the lump stayed for more than three weeks without anything coming of it. I was just confused where the flu had got to,” he continues with a laugh. After three weeks, he took it to the doctor who did a biopsy. When the results came, they were unequivocal: Hodgkin‘s lymphoma. Cancer of the lymphatic system.

“Deep-down I already knew,” he says with surprising nonchalance. His
family took the news in their stride too. “Before the test, everyone was telling me not to worry, that it was nothing, trying to keep me positive. But we all knew that I probably had cancer,” Max adds. But was he nervous? Did he worry? Was he scared of dying? Not a chance. The young Canadian immediately switched into fight mode, refusing to show any weakness. His chemotherapy began immediately, with six months of treatment planned.

“The moment the doctors told me about my cancer diagnosis, I resolved to defeat it.”

The nightmare of chemotherapy
“I went to chemotherapy every other week. The day after treatment was always the worst, the next a little better. The first five or six days were all hard though. I was totally exhausted and even walking my dog was a challenge. After that, I started to feel more energetic. I could get some things done and go to the gym,” says Max, “but then there were only four or five days until the next treatment.” He pauses to gather his thoughts. “The more rounds of chemo you go through, the harder it becomes. At the start, it was only the first few days after treatment that were really bad. But by the ninth treatment, I felt rough for the whole two-weeks. My body just had no strength to recover,” he recalls.

Was he truly never afraid he was going to die? The question causes him to hesitate briefly, but it does not feel like the pause comes from uncertainty. Rather he seems to be considering whether he can say what he truly felt. “I was always sure I’d beat the cancer. Dying was simply not an option for me. I mean..,” he frowns, searching for the right words. “Maybe, looking back at it, I was worried at times, but I didn‘t let the cancer know that; I didn’t even admit it to myself.”He hesitates again. “It‘s hard to explain,” he says finally, smiling awkwardly. Maybe he believed that fear or negative thoughts would have given the cancer power. Max certainly believes in the power of positive thinking and has a steely determination that has made him one of the best in the world at what he does. In any case, he never lost sight of his goals for a second – losing to cancer simply was not on the agenda.

X Games: The light at the end of the tunnel
During his chemotherapy came the surprise announcement that an X-Games event would be held in Oslo, Norway that summer. Max’s heart leapt. The competition would take place two months after his final treatment. It usually takes years to recover from cancer. Max had eight weeks. One thing was clear to him; however, he did not just want to take part – he was going to win. And so, he set his sights on the seemingly impossible and started training again. He forced himself out of bed every day and stayed active. No matter how bad he felt, he fought the paralyzing tiredness, fought the pain, ignored his whole body screaming for rest. As soon as he felt the tiniest glimmer of recovery, he was back in the gym, snowboarding a little when he could, mountain biking every now and then, never letting cancer keep him down. It was a daily battle, both mentally and physically but, by constantly challenging himself, he overcame the physical limits that cancer placed on him. At the end of his course of treatment, Max heard the words he was so desperate to hear – complete remission. All signs of cancer were gone.

Airbags, Trampolines, and Saas-Fee
For Max though, there was no time to celebrate. As soon as he had the green light, he started a punishing training regime. Six days a week he fought the battle to regain his fitness. In the beginning, it was hard going. “I wanted to throw up every time I trained,” he tells me. But he refused to give up, training on trampolines and airbags to regain his air sense, as well as doing hours of cardio work. His daily goal was simple: to be able to climb into bed knowing that he had done better than the previous day. Regaining the strength and endurance of a professional athlete in just seven weeks is a nigh-on impossible task, but Max forced his weakened body through the punishing regime thanks to his cast-iron will. And for the final days before the event, he jumped on a plane to Saas-Fee to finally get back on his snowboard. The Stomping Grounds Park, built by Charles Beckinsdale in Saas-Fee’s summer ski area, was the final piece of the puzzle. After just six
days of on-snow training, Max boarded the plane to Norway, where he took home the gold medal.

Attitude is everything
“Having the right attitude is extremely important in life,” says Max. “I’m a fighter by nature and if I set myself a goal, I make no compromises. The moment the doctors told me about my cancer diagnosis, I resolved to defeat it,” he tells me. “Of course, there were days when I felt weak, when I lost my positivity. I had bad days, really bad days,” he admits, though doing so seems difficult to him. “But I never gave up. I kept going no matter how hard it was, no matter how small the steps I was taking. Day in, day out, I always challenged my limits. I never let myself get down. That attitude saved my life,” he tells me with conviction. About that, he is sure.

“I never gave up. I kept going no matter how hard it was, no matter how small the steps I was taking. Day in, day out, I always challenged my limits. That attitude saved my life.”