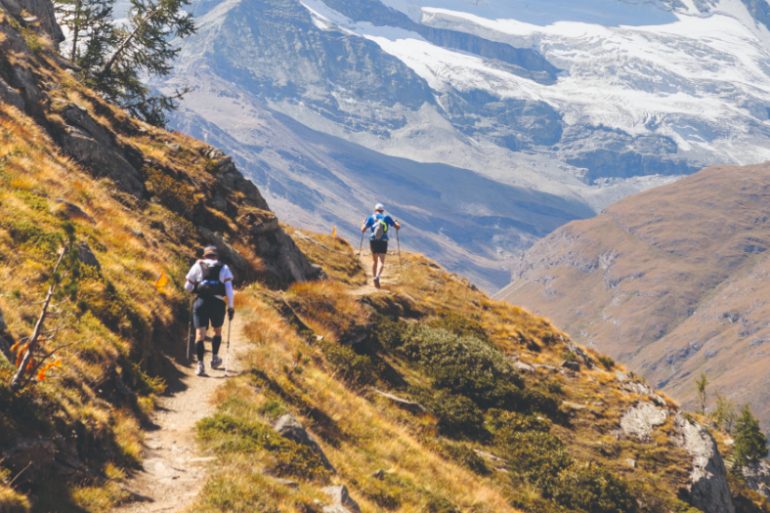 They cover 170 kilometres and 11,300 vertical metres, some in just 30 hours. At events like the Ultra Tour Monte Rosa, runners battle with both nature and the limits of human endurance. This is a brief insight into the world of ultrarunning.

There are plenty of hobbies that many would describe as crazy. Base jumping for example, or boxing. And then there are hobbies that are so extreme that words fail most of us mortals. Ultrarunning falls under that category, with athletes covering unimaginable distances, through the jungle, desert or arctic terrain, facing life-threatening conditions.

Ultramarathons around the world
The 100-mile-long route of the Hardrock Endurance Run 100, USA, has an average altitude of 3,500 metres. Mountain climbing experience, wilderness survival training, and navigational skills are all mandatory. In Brazil, runners attempting the Jungle Marathon cover 254 kilometres across six stages. Participants can expect to contend with swamps full of leeches, river crossings riddled with piranhas and the likes of big cats, anacondas, scorpions, snakes and more. But at least the tropical climate is generally pleasant, unlike that of the MONTANE® Yukon Arctic Ultra in Canada, where conditions are altogether fresher. This event is generally considered the coldest and toughest ultramarathon in the world. Participants run in temperatures normally ranging between -12 and -25 degrees Celsius, pulling their equipment and food on sledges behind them.

Lizzy Hawker explains the motivation
The obvious question springs to mind immediately: why would anyone do it? Why battle against nature in such a way, why push the limits of human endurance, what is the motivation? Ultrarunning, luminary Lizzy Hawker says: “It is not really about the competition. It‘s about being truly at one with the wilderness. And the personal challenge of forcing yourself to go beyond your limits, tearing away any illusions of yourself and the world around you. It‘s about going beyond what you thought was possible.” Hawker has held the world record for 24 hours on the road and won the Ultra Trail du Mont Blanc a world record five times. Her unparalleled experience led her to create today‘s Ultra Tour Monte Rosa. Lizzy, the race’s director, actually did much of her hard training for the Ultra Trail du Mont Blanc on the trails around Monte Rosa. As a result, the Ultra Tour Monte Rosa route is made up of her favourite trails from that period.

“It‘s about going beyond what you thought possible.”

Ultra Tour Monte Rosa in Saas-Fee
This year will see the fifth edition of the race which circumnavigates the Monte Rosa massif. There are three different race categories, two of which start in Grächen with a race distance of 170 kilometres. The third, a shorter route, starts in Gressoney, Italy. On September 6th and 7th, participants in the Ultra Tour Monte Rosa will make their way through Saas-Fee. From Saas-Almagell they run up the forest path towards the base station of the Alpin Express, past La Gorge restaurant, to the village square near the catholic church where there is a checkpoint, with food and sanitary facilities set up for them. The runners leave the glacier village via the Wildi before facing the final stage: the Grächener Höhenweg, a mere 16.6 kilometres distance but with over 1,000 metres of vertical. At this stage, most of the runners have already covered more than 150 kilometres distance total. Ultrarunning is ultra-extreme, no question about it. But at least the Ultra Tour Monte Rosa poses slightly less of a challenge in terms of the environment, it’s more about the battle with yourself.